Home › point of view on SCREEN › LIFE OF PI’s “two conflicting stories”: Which to Believe is in Point-of-View Crafting

LIFE OF PI’s “two conflicting stories”: Which to Believe is in Point-of-View Crafting 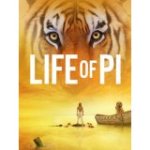 by GARY YAMASAKI   Ang Lee’s multi-Oscar winning Life of Pi contains two accounts of the circumstances surrounding the title character’s surviving a shipwreck, two accounts that differ significantly from one another. The movie itself never provides an explicit indication as to which of these two accounts reflects what actually happened to Pi. But it would appear this issue is indeed addressed by Lee in the way he crafts point of view on the temporal plane.

This post introduced this plane of point of view, setting out the difference between an audience being relegated to a position past the end of a story’s timeline (thus being forced to experience all the action of the story from a distance), and an audience being positioned right on the story’s timeline (thus being provided with an immediate experience of the events). Life of Pi demonstrates both of these, with one of Pi’s accounts crafted in the first way, and the other in the second way.

Almost the whole of the film consists of a middle-aged Pi relating to a novelist key events of his life up to the age of sixteen. Lee uses flashbacks, along with some voice-over commentary by Pi, to cover preliminary matters–how he got the name “Piscine” and why it got shorten to “Pi”; how his family came to operate a zoo but ended up being forced to give it up; how Pi left India and sailed for Canada with his family and the zoo animals–before getting to the focal point of the movie: what happened to Pi when the ship was sunk by a violent storm.

Of all the passengers and crew, Pi is the only one to make it into a lifeboat, though he is accompanied by some of the zoo animals. At first, he thinks it is only a zebra and an orangutan, but eventually, a hyena emerges from under a tarp covering half the boat. . .and later, a Bengal tiger, forcing Pi to fashion a make-shift raft in order to create some distance between himself and the tiger. And for the next hour of the movie, the viewers are treated to a show of Pi’s ingenuity in his attempt to survive under these circumstances.

The first part of this section of the film is devoted to how he manages to supply himself with daily sustenance out in the middle of the ocean. But this is followed by Pi’s realization that he must find some way to get the tiger to allow him to join it in the boat, launching a fascinating sequence of tactics by Pi that ultimately result in the tiger actually relenting to Pi’s presence in the boat.

As it turns out, Pi and the tiger do survive long enough to make it to land in Mexico, where Pi is taken to a hospital. While he is recovering there, insurance representatives come to him, interested in getting his account of the sinking of the ship, as he is the sole surviving witness to this disaster. But when he relates the details of his months-long ordeal, the insurance reps simply find the story too unbelievable to include in their report, and they push Pi for a more believable version. The camera then becomes trained on Pi in his hospital bed as he relates a few-minute account involving himself in the lifeboat, not with animals, but with his mother, a sailor, and a cook. . .again, with him ending up as the only survivor.

Here, then, we have two accounts of what happened to Pi. The second differs from the first in that it is much shorter. But most significant for the purposes of point-of-view analysis is the difference in the ways in which the two versions are filmed. Note that the second version of Pi’s story is presented entirely by means of presenting him merely speaking words about past events. This is the way a filmmaker places viewers in a position past the end of a story’s timeline to consider all the events related as having happened “back then”; this is a distancing device. Compare that with how the earlier version of Pi’s story is presented in a way that shows the events to the viewers. In other words, the viewers are placed in a position right on the story’s timeline, enabling them to experience the events firsthand.

Now, back to the issue of which of the two accounts the viewers are intended to understand as what actually happened to Pi. The fact that Lee presents the first through a temporal point of view giving his viewers an immediate experience of Pi with the animals, and presents the second through a temporal point of view placing the viewers at a distance from Pi with his mother, the sailor and the cook, constitutes strong evidence Lee intends for the viewers to take the first as reflecting what actually happened to Pi.

« Linguistics influencing Point of View: Trying to make a ‘Police Shooting’ Palatable
The Ideological Plane of Point of View: “so crucial, yet so misunderstood” (part 1) »