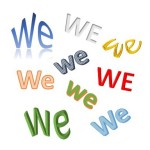 Some scholars have drawn these insights into their treatments of the Book of Acts’ first-person narrative passages. For example, Robert Tannehill (The Narrative Unity of Luke-Acts: Vol. 2, p. 247) asserts that this first-person narration creates a sense of “identification” with the narrator, while William Kurz (Reading Luke-Acts, p. 113) claims a sense of “immediacy” is implied by this type of narration. However, the work of Robert Scholes and Robert Kellogg contains insights that call into question the applicability of standard point-of-view theory to the study of narrative texts of antiquity.

Their 1966 The Nature of Narrative focuses mainly on narrative in the modern novel, but it does provide at least some coverage of narrative in texts of antiquity. And in a discussion of the issue of “first-person versus third-person in antiquity,” they note that authors writing accounts of events in which they were personally involved sometimes report their involvement in the third-person–”he did this”–as opposed to the more natural first-person–”I did this”; the four examples given are Xenophon’s Anabasis, Thucydides’ The Peloponnesian War, Josephus’ Jewish War, and Julius Caesar’s Gallic War.

Scholes and Kellogg suggest these authors’ use of third-person narration may be rooted in a belief that third-person narration holds more authority than does first-person eyewitness testimony. As they put it, “A document aspiring to achieve truth of fact had a better chance of being appreciated as factual if it did not seem too personal” (243). And a little later, they say, “the first-person narrative seems to have been used mainly in the ancient world not for factual or mimetic representation, but for highly unreliable and one-sided apologiae, as in the case of Josephus, whose Life of himself does not check well against his history, and is usually thought to be the least credible of all his writings” (244).

Over against the low-authority nature of first-person narration, Scholes and Kellogg contrast the degree of authority afforded the “histor” which they describe as follows: “The histor as narrator is not a recorder or recounter but an investigator. He examines the past with an eye toward separating out actuality from myth. Herodotus takes his authority not so much from his sources as from the critical spirit with which he means to approach those sources. . . .Thucydides is the perfect type of the ancient histor, basing his authority on the accuracy of conclusions he has drawn from evidence he has gathered” (242-3).

« Does Acts 9 characterize Saul of Taursus as an “Anti-Hero”?
A New Approach to the “We-Passages” of the Book of Acts (Part 2) »