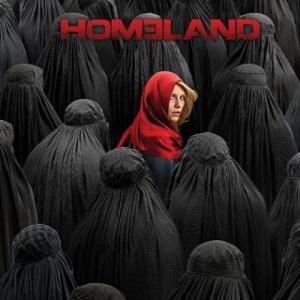 by GARY YAMASAKI   When I watched the final episode of the third season of Showtime’s hit drama Homeland, I thought the series was over. All three seasons had focused on the interaction between U.S. Marine Nicholas Brody and CIA operative Carrie Mathison, and when Brody was killed off at the end of season 3, thus terminating the Brody-Mathison interaction, I assumed this was simply a plot move designed to round off the storyline of a cancelled series.

It was to my surprise that the series carried on despite the death of one of the two main characters, with Carrie enjoying an unshared spotlight. And it was while watching season 4’s seventh episode that I observed a scene utilizing innovative point-of-view moves, specifically, moves designed to have the viewers experience a series of events through Carrie’s psychological point of view.

As demonstrated in a previous post, presenting images as if shot through the eyes of a given character is an effective device on the psychological plane of point of view for having viewers experience events through that character’s point of view. The camerawork of this scene does utilize this device–albeit in an particularly creative fashion–and also provides shots on the outside of her–looking at her as an object–though in ways that do not convey the usual objective-bystander point of view, but rather, Carrie’s own psychological point of view.

Viewers of the series have known since season 1 that Carrie is bipolar, and they are also aware that by season 4, this is no longer an issue as she has it under control with medication. However, here in episode 7, they have seen that her apartment has been broken into, and her meds have been replaced with identical capsules filled with some unknown substance. Therefore, the viewers are not surprised to see Carrie becoming more and more manic despite her taking these capsules. At first, this is manifested in behavior reminiscent of what we saw of her back in season 1: talking very fast, being belligerent with everyone, suggesting outlandish ideas. However, the camerawork of the climax of this manic episode invites the viewers to experience it right along with Carrie.

It is evening, and Carrie is leaving an Islamabad hospital. Her staggering glassy-eyed down a crowded street is captured with jerky camerawork as if to reflect a mind out of control. Also, there are two sudden through-the-eyes-of-Carrie shots in very quick succession–first, a medium shot, and then a close-up–of a monkey screeching at Carrie, a sequence that gives the impression this animal is jumping right into her face. Further, Carrie is shown looking over her shoulder at a car driving up and stopping ten meters behind her, with both driver and passenger opening their doors and getting out. Carrie draws her gun and first shoots the driver, and then the passenger, seeing them both drop dead to the ground.

At this point, the viewers are suddenly ripped away from experiencing events through Carrie’s point of view, and are given the continuation of the scene from the point of view of an objective observer. So, the viewers are shown a police vehicle approaching from the other way, with Carrie turning her gun onto the vehicle, but there is no gun in her hand. . .and when she turns back towards the first vehicle, there are the driver and passenger–still very much alive–walking towards her. Here, the viewers are no longer experiencing reality as Carrie is perceiving it, but rather, reality as everyone else is perceiving it. And the juxtaposition of these two distinctly different points of view is accomplished simply through some creative camerawork and editing.

« Point of View in the David and Goliath Narrative (1 Sam 17): Part 2
Insights from Filmmaking for Analyzing Biblical Narrative »