“The Hobbit” – a Review from a Unique Point of View 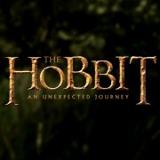 by GARY YAMASAKI   The blogosphere is swarming with reviews of “The Hobbit,” so what else can be said? Well, this is a blog on perspective criticism, and a look at The Hobbit from the point of view of “Point of View” would stand out from the rest. So, just like earlier posts have examined the point-of-view dynamics in biblical passages, this post will look into the point-of-view crafting of The Hobbit (Warning: spoilers ahead!)

The opening scenes of the movie establish hobbit Bilbo Baggins as a first-person narrator, that is, a narrator who is actually a character in the story world. Therefore, while characters in most movies only interact with each other, a first-person narrator is a character who also interacts with the viewers. So, Bilbo chatters to the viewers, letting them know he wants to write an account of his adventures sixty years earlier for his nephew Frodo.

He begins by presenting to the viewers the backstory to his own adventures–how dwarf Thror became king of Erebor, but Smaug the dragon drove the dwarves from Erebor while elves just stood by watching–and in doing so, establishes his perspective as the governing point of view for the account to follow. So, when the viewers are transported back to a point sixty year earlier to see Bilbo involved in his adventures, they have already been conditioned to see it all through Bilbo’s point of view.

Moving forward, director Peter Jackson does a laudable job of feeding the events of the story line to the viewers through Bilbo’s point of view. Back in a previous post, it was pointed out that having an audience follow a given character for a significant stretch of a narrative contributes toward the audience adopting the point of view of that character, and this is what happens with the viewers and Bilbo. They are with him: as he is alone in his house; as he encounters dwarf after dwarf at his door; as he scurries around trying to keep them from wrecking his place; as he faces, and declines, an invitation to join the dwarves in their efforts to wrest their home from the dragon; and as he changes his mind and heads off to join them. Through nearly twenty-five minutes of screen time, the camera is always in the vicinity of Bilbo, a spatial-plane move contributing toward maintaining his point of view as the governing point of view of the story.

Moves on the informational plane of point of view also contributes toward this end. As outlined in Who Knew What When (and demonstrated in Synching Minds), maintaining a convergence between the information databases of the audience and a character–that is, the audience being provided with exactly the same amount of information possessed by the character–contributes toward the audience viewing the action through the point of view of the character. That is what happens in this segment of the movie. Bilbo meets dwarf after dwarf at his door not knowing who any of them are, and because the viewers aren’t aware of who they are either, there exists a convergence between the information databases of the viewers and Bilbo. Likewise, Bilbo only finds out why these strangers have come to him quite far along in this sequence, and it is only then that the viewers are made privy to this information. . .again, a convergence of databases. This, along with the following of Bilbo, leads the viewers to experience the events of the story line through Bilbo’s point of view.

To this point, Jackson’s point-of-view crafting has been flawless in maintaining Bilbo as the point-of-view character. However, at about the 41:00 mark, he makes a slip.  Here, the camera follows Bilbo as he gathers together provisions for the trip and starts out after the band of dwarves. If Jackson were to keep the camera on Bilbo all the way up to the point when he sights the band ahead of him, Bilbo’s point of view would continue to govern. But Jackson doesn’t do that. Rather, he shifts the camera to the band traveling on the road, capturing Bilbo as he comes up behind them. This, of course, depicts Bilbo’s joining the band from the band’s point of view, the first time in the movie a point of view other than Bilbo’s is utilized.

Admittedly, this is only a minor lapse, resulting in the viewers seeing Bilbo’s joining the band from a less-than-ideal camera angle. But going forward, there are more lapses. . .ones having greater impacts on the overall point-of-view crafting of the movie. For example, at about the 50:00 mark, the company stops for the day, and as they are about to set up camp for the night near the edge of a ravine, the camera shifts for several seconds to the other side of the ravine to capture a pack of orcs surveilling the band from a distance. Here, the camera is at a distance from Bilbo, in the vicinity of a totally different group of characters. With this move, the following of Bilbo is definitively broken. In addition, this scene adds to the viewers’ information database a piece of information not a part of Bilbo’s database, namely, there are orcs watching. This divergence between the databases of the viewers and Bilbo further removes Bilbo from his earlier role as the sole point-of-view character of the story.

Moving forward, Jackson continues to follow Bilbo for the most part, but scenes that wrest point of view away from Bilbo gradually become more frequent. . .and more extensive. The most blatant example occurs at around the 1:53:00 mark. Here, the band encounters goblins, and in the ensuing melee, Bilbo becomes separated from the rest of the band, falling into a cave. However, Jackson does not have the camera follow Bilbo into the cave, but rather, has it kept on the melee and the dwarves’ eventual encounter with the Great Goblin. . .four minutes of screen time during which Bilbo is nowhere to be seen.

Recall that Jackson not only establishes Bilbo in the early going as the point-of-view character of this whole tale, but even goes so far as to conceptualize the tale as an account he is writing for his nephew. This being the case, how can Jackson present this four-minute sequence of events as part of Bilbo’s account when Bilbo himself was somewhere else at the time, and thus, not in a position to witness what was happening to his dwarf comrades in his absence? And the same goes for the orc surveillance scene mentioned above, and all the other scenes throughout the movie where Bilbo is not present.

By conceptualizing the tale as Bilbo’s account of what happened, Jackson paints himself into a corner. He places point-of-view limitations upon his crafting of the movie that restrict the types of scenes he can include. And while he is able to pull this off pretty well for the first third of the movie, it proves too difficult–or, perhaps, just too inconvenient–an endeavor to sustain for the whole movie.

Categorised in: featured posts, point of view on SCREEN

« Blocking Mark 6.47-52 for Live Solo Performance: A Response to Yamasaki and Tannehill
Another Take on the Crafting of a Performance of Mark 6:47-52 »