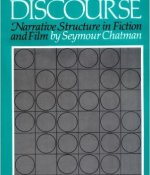 by GARY YAMASAKI   The idea for this blog post actually has its roots in a writing project of mine that is not focused on point of view. Last year, I was contacted by Fortress Press to see if I would contribute a volume to a new series they were developing–Reading the Bible in the 21st Century–dedicated… Read More ›

5 Questions on the Interpretive Approach set out in “Perspective Criticism”

by GARY YAMASAKI   I was recently contacted by a grad student who had found my Perspective Criticism book helpful for work on her thesis, and who wanted to ask some questions on the approach to analyzing point of view set out in the book. Following are some of her questions (some of which are edited for the… Read More ›

Did the Original Biblical Audiences “Watch Movies” in their Heads?

by GARY YAMASAKI   Is it possible the stories of the Bible were composed with the intention that the readers/hearers would view the action of the stories in their “mind’s eye”? In Everything You Never Realized You Wanted to Know, I suggested this as a possibility, but did not at the time provide a defence of this idea. Then, in a subsequent post, I did… Read More ›

Researchers Needed! The vast array of Point-of-View topics crying out for attention

The last meetings of the Canadian Society of Biblical Studies featured a Special Session on Perspective Criticism. And at this session was shared a list compiled by some of the members of the Perspective Criticism Community of aspects of point-of-view studies in need of further work; the list is reproduced below. Posts to this website have… Read More ›

by GARY YAMASAKI   A previous post set out “following” as a key dynamic related to the spatial plane of point of view. The function of this dynamic is relatively straightforward; if the readers are made to follow a particular character wherever he or she goes, it is only natural that they would come to adopt… Read More ›

The Narrator’s Perspective: Characterizing the Storyteller

by WILLIAM SANGER CAMPBELL   Readers are essential to the narrative process in that they are the ones responsible for constructing characters, including the narrator. Characters are constructed by readers from evidence offered in the text (character indicators). It is the reader’s interpretation of what characters say and do, how they interact with other characters, what… Read More ›

by GARY YAMASAKI   A previous post introduced the psychological plane of point of view, that is, the plane in a narrative on which a storyteller works either to provide the readers with access to a character’s inner life or deny them such access, with the provision of access contributing toward the readers experiencing the action… Read More ›

The Acts of God Through the Perspectives of the Apostles

by MATTHEW WHITLOCK   Sometimes perspective criticism begins not by asking what is seen, but by asking what is not seen. The Blair Witch Project—unlike the reveal-all horror movies of today—never shows its antagonist. The audience never sees the Blair Witch. They only hear rumors about her and see the results of her actions. Similarly, Alfred… Read More ›

by MARK BODA   Much ink has been spilled over the past century over the controversial shifts in person in the account of Ezra in Ezra 7-10. The account begins in 7:1-11 with a third person account about Ezra which introduces a document written in the first person voice of King Artaxerxes, commissioning Ezra for service… Read More ›

The Seahawks, the “historical present” and Point of View on the Temporal Plane

by Gary Yamasaki   Third and five, on the Redskins 27. . .Wilson is in the shotgun. . .he takes the snap and hands off to Lynch trying the left side. . .he cuts to the right and evades a tackle. . .he has the first down. . .he gets to the outside. . .crosses the… Read More ›

Does Abram have Sarai claim she is his “sister” (Gen 12: 13) as a ploy to obtain wealth? A look at point of view on the “Psychological Plane”

by GARY YAMASAKI   The film Being John Malkovich presents the intriguing concept of a portal providing access into the mind of real-life actor John Malkovich. So, a character uses the portal to get inside this actor’s head, and the camera follows the character and shoots out through Malkovich’s eye sockets to show all he is… Read More ›

“Am I to approve or disapprove of this biblical character?” Point-of-View Crafting Provides an Answer

by GARY YAMASAKI   Have you ever had the experience of sitting in a movie theatre, and becoming so engrossed in the movie that you forgot you are in a theatre? This happens to me often. . .this becoming lost in the story world of a movie. And this dynamic isn’t restricted just to cinematic stories…. Read More ›

Who says, “You have to be objective”? Not biblical storytellers!

by GARY YAMASAKI   The posts to this point have set out some of the basics of point-of-view analysis, but they have not addressed the “So what?” question. Sure, it may be that the point-of-view crafting of a certain text is leading the readers to view the action from this angle as opposed to that angle,… Read More ›